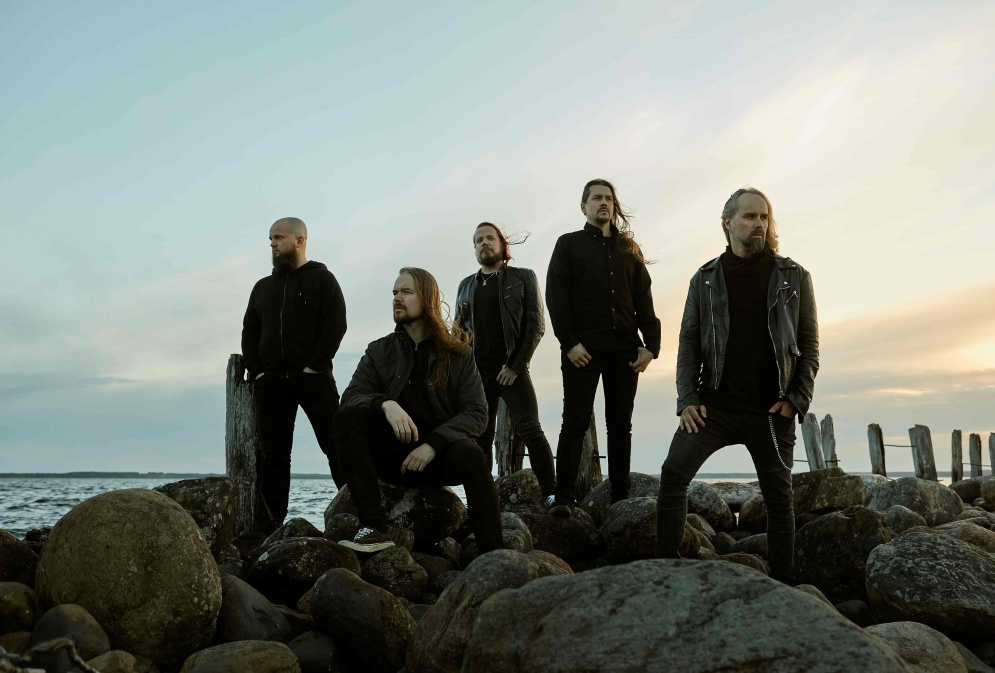 Finnish melodic death metallers Insomnium formed in 1997 in the somnolent little town of Joensuu. UK label Candlelight Records released their maiden album ‘In the Halls of Awaiting’ (2002). Their progressive but catchy approach with melodic but brutal tracks combines the best of Scandinavian death metal and nature and folk-inspired traditional songs. Their sophomore effort ‘Since the Day It All Came Down’ takes a similar tack but the despairing atmosphere is even stronger. ‘Above the Weeping World’ (2006) takes things up yet another notch and transcends the limiting boundaries of genre appeal, with a sound that is richer, more menacing and darker than its predecessors. Insomnium’s stylistic crux on every release is melodic death metal but they are not afraid to enrich their sound with other genre influences e.g. doom and thrash undercurrents on ‘Above the Weeping World’, or black metal and goth snippets on ‘Heart Like a Grave’ (2019), their most recent outing to date. Their show at GMM will undoubtedly include new material off their ninth full-length ‘Anno 1696’, which is scheduled to drop in late February 2023. #GMM23