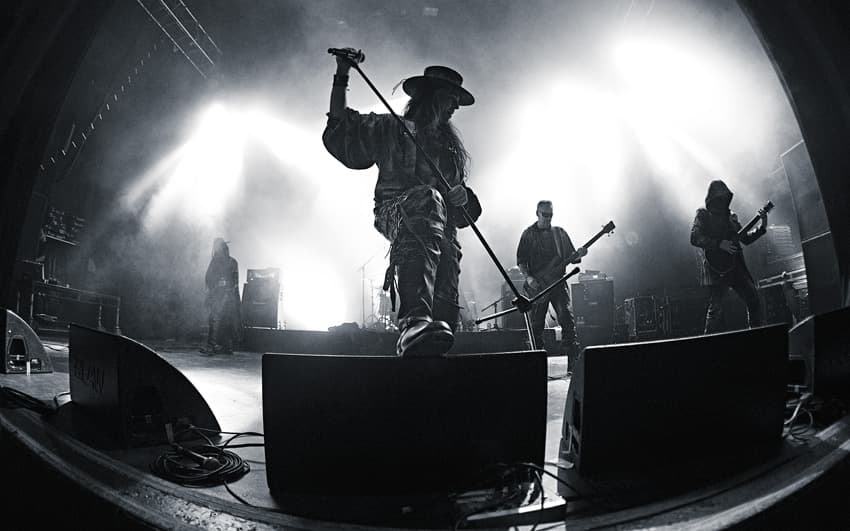 Fields of the Nephilim

From day one the flag bearers of Britain’s 1980s goth rock movement were masters at creating an overly dark, almost magical atmosphere where occult lyrics took centre stage. Their ‘dust and death’ look was achieved by dusting themselves with flour. Initially they took cues from hard rock, goth rock and psychedelic rock; later recordings were more ethereal and almost otherworldly in nature. Dawnrazor’ (1987) ruled the UK indie charts and ‘The Nephilim’ (1988) topped out at number two. ‘Elizium’ (1990) was a masterpiece but it was also their last recording for 15 years – not counting 2002’s ‘Fallen’, an unauthorised collection of outtakes. ‘Elizium’s natural successor is their last studio album to date, ‘Mourning Sun’ (2005). Contrary to many genre peers Fields of the Nephilim have always had a heavier edge, endearing them to both goth/wave fans and hard rock and metal fans; no wonder then that metal bands like Moonspell, Tiamat and even Watain cite them as a major influence. This rougher edge is illustrated by the 2016 single Prophecy, an almost standard rocker released as a prelude to a possible full album. #GMM23