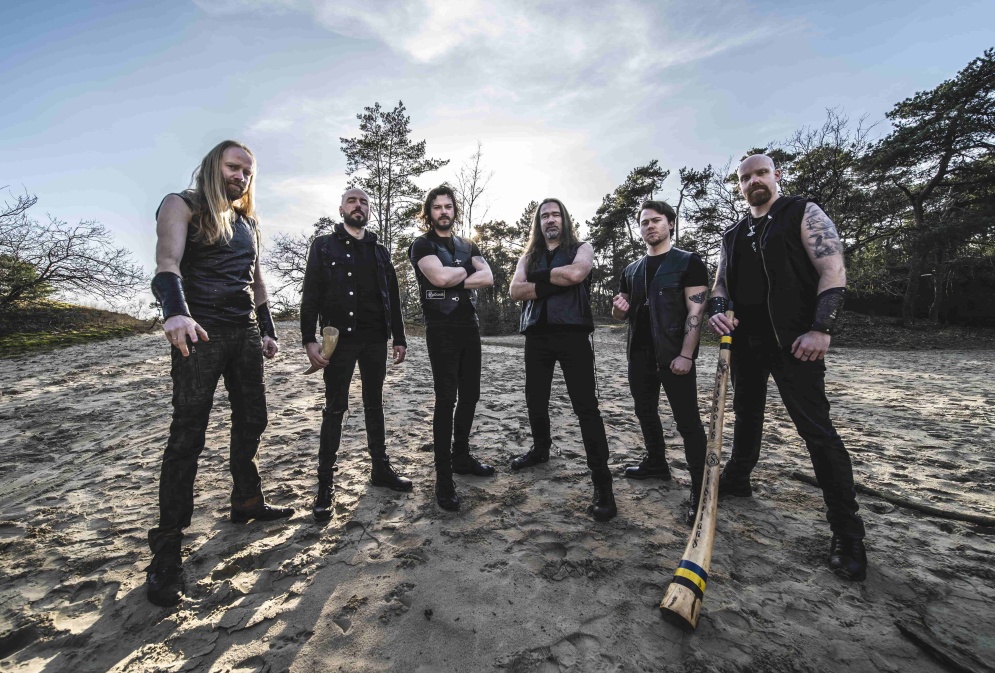 Heathens of the Low Countries unite! Arnhem-based pagan metallers Heidevolk expect you all to answer the call when they blow their horns in June 2023 on the Dessel plains to celebrate the upcoming summer solstice. This celebration will take place to the sound of marching drums, pagan guitars and heroic chants in our native tongue. Indeed, the Heidevolk from Gelderland, the border region between the Roman and Germanic empires that set the stage for so many hard-fought battles, were probably the first to regale us with Dutch metal lyrics. In their wake quite a few metal bands followed suit but they remain the trailblazers. Native speakers of Dutch may chuckle when they hear the band members’ stage names (Jacco Bühnebeest, Koen Vuurdichter, Rowan Roodbaert) but most of the songs are dead serious in evoking the history of the tribes that lived in the Low Countries two millennia ago. Still, that doesn’t mean they don’t have a sense of humour: just listen to the hilarious track ‘Vulgaris Magistralis’ (be sure to check the YouTube clip!) ... #GMM23