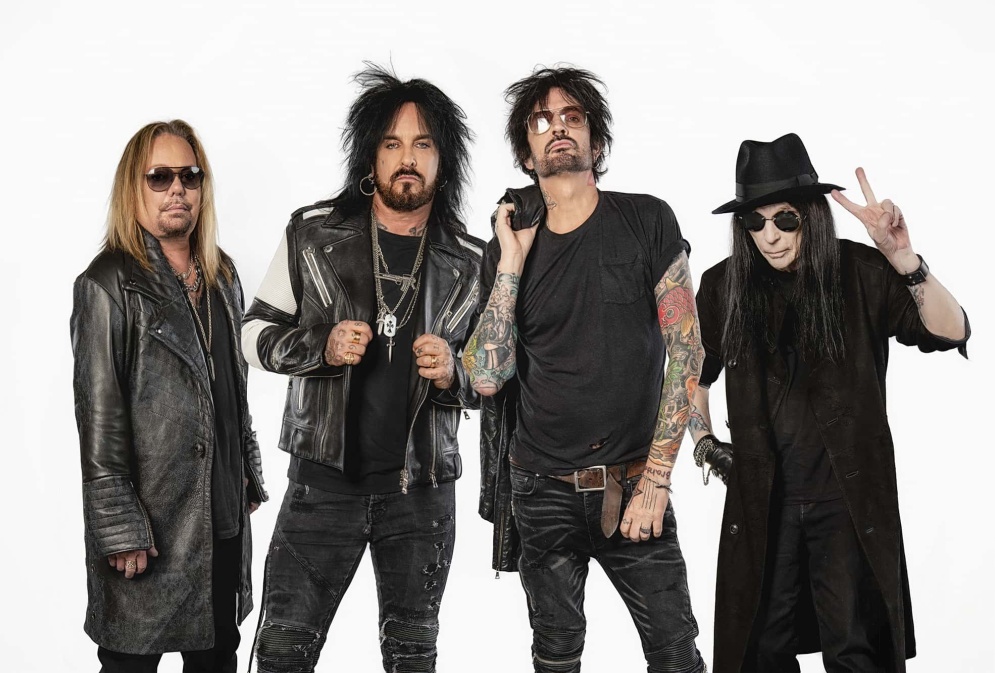 31 December 2015. After a tumultuous but very lucrative career the guys in Mötley Crüe decide to pack it in. These pioneers of the glam rock genre emerged in the epicentre of the nascent glam rock scene: Sunset Boulevard, LA. The band name was a perfect fit for this motley crew. They certainly lived the life and their maiden album ‘Too Fast for Love’ was the beginning of an outrageously successful career. ‘Shout at the Devil’ turned hordes of new fans on to the band and on follow-up ‘Theatre of Pain’ they rode the initial wave of glam metal. Blues rock influences made their way onto their 1987 hit album ‘Girls, Girls, Girls’ that sold several million copies and two years later ‘Dr. Feelgood’ took their popularity to new heights. They had arrived and their lives and reputation revolved around sex, drugs and rock ‘n’ roll. In addition to sex symbols, Nikki Sixx, Vince Neil, Mick Mars and Tommy Lee also became brand names. Book deals, sex tapes, insane merchandise… the sky was the limit. In 2014 they announced their retirement, even signing a Cessation of Touring Agreement. Still, in 2019 they made a U-turn due to the unbelievable success of the Netflix biopic ‘The Dirt’, for which they also recorded and released four new tracks. In the summer of 2022 they embarked on ‘The Stadium Tour’ that took them to stadiums all over the US with partners in crime Def Leppard and Poison. The tour had been postponed for two years due to Covid but now the European Crüeheads obviously want a piece of the action as well and their idols heeded the call. Fourteen years after their first stint in our prison yard the Crüe are back in the slammer. Brace yourself for a slew of hits and a dazzling show! #GMM23